This weekend I’ve signed myself up for Tickhill Velo’s Bib Lane Hill Climb, Rotherham. The climb itself is 0.3 miles, av. grade 9.5%, max 14.7% (according to Strava)

With nearly 50 riders and a surprising number of ladies entered, there should be a good competition.

Now, the question arises, because I am a promoter of steel-framed bikes and especially those that are bespoke, would I be quicker on my summer steel-framed Ravens Cycles or my aluminium Casati I use for racing? (the only reason I don’t use my steel-frame for racing is because of the expensive artwork that I wouldn’t want damaged in any crashes).

This led me to some investigating…..

Firstly I’d have to weigh my bikes. My Casati came in at 7.6kg whilst the Ravens came in at 8.2kg. So what difference would this make? 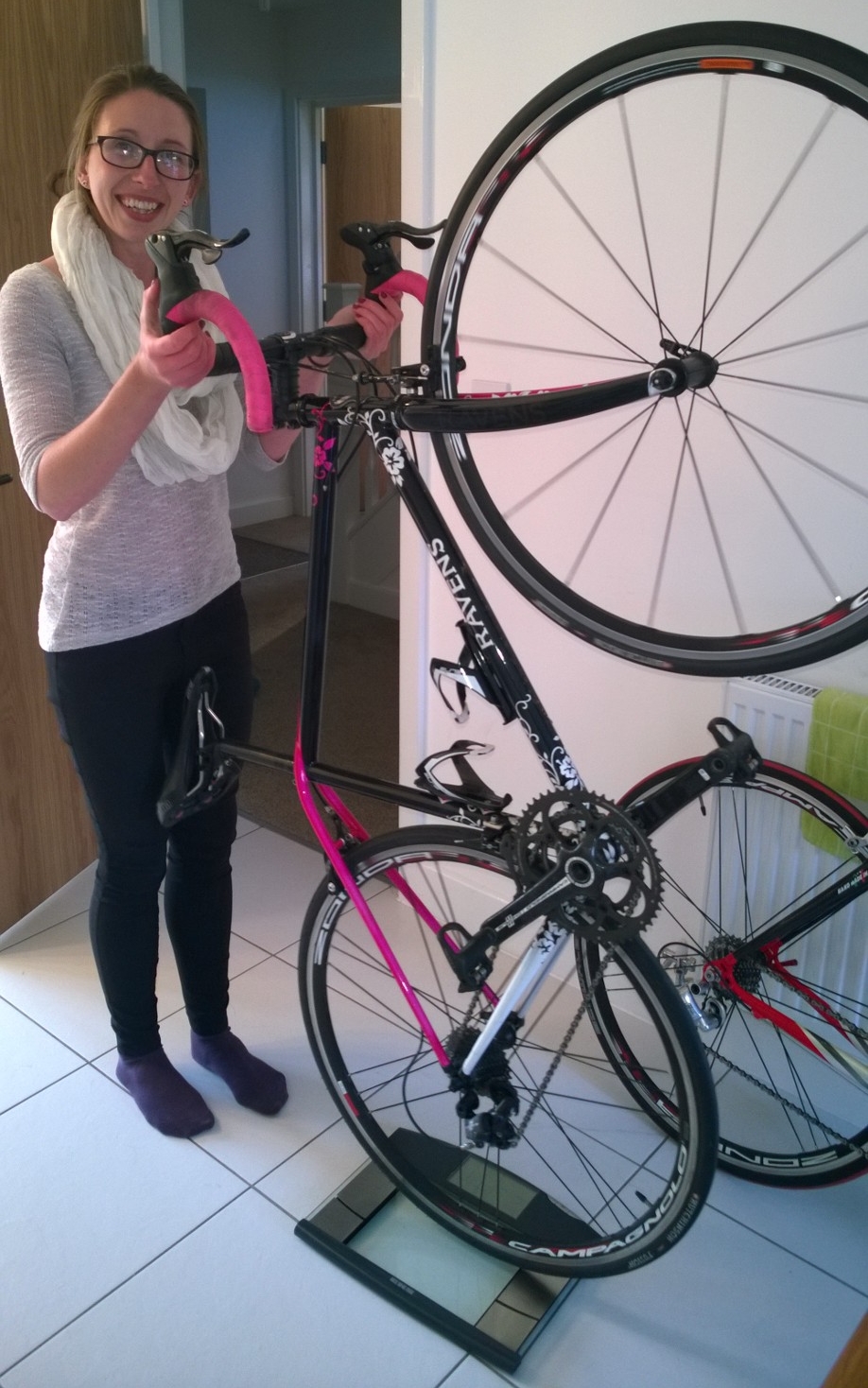 I found this article from Cycling Weekly where a rider added weighs with each ascent of Box Hill, Surrey.

These were the results:

Now my first problem is that Bib Lane is not like Box Hill. It’s shorter and it’s steeper (Box Hill is a mere 5% av. gradient). And Bib Lane is so short in fact, that it doesn’t really matter that I’m in oxygen deficit half way up as I’ll be at the top in less than a minute later. When comparing the weight I’ll be defying gravity with, the difference between the two bikes is only 600g (a bottle of water), so a fraction of what was tested on Box Hill.

What my next question then was, at what gradient does the weight of the bike actually matter?

This is where I came across this from Triathlete Europe

The graph shows that it’s only when you get above 10% gradient does the weight of the bike actually matter. NB. The ‘heavy bike’  translates to 6.8kg and the ‘lighter bike’ as 5.34kg making both my Ravens Cycles and Casati REALLY heavy bikes! As I mentioned at the start, Bib Lane has an av. grade 9.5%, max 14.7%.

So to conclude, the 600g weight difference between my steel and my aluminium bikes is going to make fractions of a second difference on any kind of gradient. One thing I do have to take into consideration is ride quality. My steel bike is fully bespoke and fitted perfectly to me; it was designed with very short chainstays which makes the rear-end very stiff and responsive to every pedal stroke. My Casati is compromised being ‘off-the-peg’ and made to suit the average shaped rider making position set-up almost impossible to get perfect; stems only come in limited lengths and rise, seatpins only have so mush offset etc. So, no question really, the 600g weight difference will make a very small difference to my hill climb on Sunday, but I will feel much better (both physically & psychologically) going up in my race kit promoting my bespoke steel-framed Ravens Cycles bike which I love so much.

As for the result? You’ll have to wait until Sunday…..